Biz Talk: Sliced or Dazzled? Get slowly baked in a dud franchise 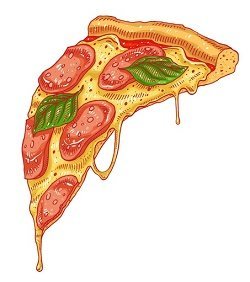 Sliced or Dazzled? Get slowly baked in a dud franchise

Dominos Pizza is in trouble with its investors who loved that the stock hit $80 a share and now cry as the stock is falling under $40. Led by a charismatic CEO, Dominos painted a pretty picture of rising profits and expanding networks, but as always someone was paying for all this.

That someone is, as usual, the franchisee. The entrepreneurial individual who is ‘having a go’ and ‘running their own business’. Except they are not. As discussed in these pages reasonably often, a franchise is a form of servitude, where you are completely at the mercy of the franchise system which holds enormous power over you.

Fairfax Media exposed Dominos on multiple fronts this year, most crucially that wages were being shorted
with delivery drivers in particular often employed as contractors and paid per delivery. This alone should have brought a 7/11 response, where that other franchise operation is shelling out over $100 million in back pay and penalties for its franchisee failures. It still may.

But it’s the harsh treatment of Domino’s franchisee’s that caught my eye. According to Fairfax, Dominos have an ingenious system which locks the franchisee into a binding rock solid contract that has nifty fines for non compliance.

Gee those training courses must be fun. Sounds a bit like a North Korean ‘instruction’ camp, right?
It gets even better for head office. Managers visit franchisee and suggest they ‘split’ their territory! ‘You’ll get faster, fresher pizza product to your area, build sales and protect your turf against competition!’

The cost for a new store is around $600,000 and of course the shifty guys offer incentives, like a ‘royalty holiday’. Not known but suspected (I suspect) is easy finance with as many personal guarantees and second mortgages
as possible bundled in there. You fail, they take back the store, sell it to another chump, and you go broke.

Moving from losing your dough on a pizza shop, to something more topical here: losing your money from a lighting business. Not entertainment lighting – as we’ve fulminated previously, some serious fortunes started in lights. Think John Gunton (Dynalight), Richard White (Rock Industries) and all the players in Jands. Look at the expansion of all the importers of stage lighting equipment locally, who are hiring and adding on warehouses.

No, we’re talking domestic, where an outbreak of franchising is putting new and usually large lighting showrooms on a main road near you. And business is brisk, which means everyone is happy. For now.

As any thinking person would know, we are midway through a replacement boom, assisted by greater awareness of rising power bills. Every home can save serious dollars replacing 40, 60 and 100 watt lamps with 1, 3 and 5 watt LED’s! Almost anyone can do the math!

So why then are Philips quitting the lighting business?

Because we’re headed towards ‘peak LED’, and also because of downward pressure on prices out of China. Very soon now selling LED domestic product will be like selling Pizza – price driven, and by 2020 in numerical decline because most people have already got them. And they don’t fail after 6 months, like regular light globes.

But that doesn’t stop the optimists who sign new 5 + 5 year franchise agreements. The franchisors (network owners) must be laughing all the way to the bank. Oh, and don’t think people don’t know. Remember when the CD came along and all the record shops expanded, like Sanity Music and Virgin? Then two things happened – firstly everyone was done duplicating their collections, and then the digital music thing got going.

Wanna make some REAL money? Welcome to the media business!

This article first appeared in the print edition of CX Magazine October 2017, p.44-45.